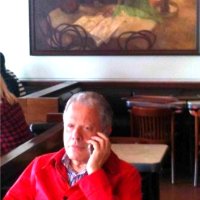 In July I discussed the coherence of Russian foreign politics with the basic Geopolitical concept of Mackinder about Heartland in Eurasia. Today I want to continue according to this category, discussing  American politic in Asia, which clearly forgot Mackinder. First of all we are very far from the beautiful Nixon-Kissinger initiatives in Egypt and China through Rumenian contacts: USA foreign politic  never reached again that type of clarity of vision, realpolitik approach and leadership capability, particularly during the confused and weak Obama leadership. Everything after the fall of Berlin wall has been mistaken by Western leaders. In Clinton times, the “end of history” of Fukuyama and the “peace dividend” relaxed completely the geostrategic attention to the world rapid change process after finishing of splitting USA -URSS during Cold War.

Then with Bush and Obama, a confused ideology prevailed on realpolitik and sound geopolitical culture, with attempts to export democracy with weapons and then generic appeals to democratic revolutions in Middle East and North Africa, growing aggressive attitude of OTAN in Baltic states and Ukraine. Obama first phase gave priority to Asia involvement against China, forgetting Europe, then in the second term he returned to Europe not understanding immigration problems from Africa , UK strategy of independence, sense of “enemy at doors” from Russia in central and eastern regions, Chinese penetration in Central Africa.

The bad results of the last 18 years of very weak leadership, we lived through continuous local wars, development of islamic terrorism, destabilisation of Central Europe, accelerated migration from overpopulated Africa, fragmentation of States and dissemination of atomic weapons capability in many States, which want now to put these weapon on the table of negotiations and change the balance of power. From the European point of you, particularly mistaken has been the politic toward Russia.

In this context, as I anticipated in my comments of July 7th, after second World War American foreign politic took the place of Victorian UK and Mackinder times, where first prescription was to avoid integration between Germany and Russia, economically very complementary States. Don’t forget that Bolschevic revolution of 100 years ago in Russia was organised by Germany for stopping Russian czarist army on Eastern front. So the scheme until recent times was America as UK, Europe as Germany,and objective was to split any attempts, see also Berlusconi-Putin relationship, to integrate EU with Russia.

So Russia objective remained to control heartland, also occupying Afghanistan, and to restore relationships with ex Soviet Union States. America acted to annex in OTAN Baltic States with Bush and Ukraine with Obama, the land of origin of Russian history and society, like Prussia for Germany or Piemonte for Italy. But all these actions in Europe forgot China imperial politic, pushing Russia to look to China instead of Europe. The fear of an EU enlarged to include Russia and Turkey, controlling an extended heartland and so the world, made USA under evaluating the danger of China control on Heartland extended to Europe through alliance with Russia, by the way culturally unnatural and strategically dangerous for Russian Siberia.

Europe is not developing an its own foreign politic and some initiatives of France Macron, attempting to fill the military atomic vacuum after UK Brexit, and using its status of unique nation of Europe in UN Security Council, risk to be inadequate for the obsessive nationalism of French culture, not having open geopolitical European vision. So its extremely urgent, and this Asian trip of Trump is on this track, to reassure Moscow reopening dialog in Europe and with OTAN and to contain China ambitions, which are testing also Western powers through North Korea and favouring migrations from Africa where they want to take raw materials and energy and to put 300 million Chinese in their dictatorial long term planning of 25 years. Chinese plan to control Eurasiatic heartland and in this direction they are moving also with the big New Silk Roads investments, through which the control will be extended to Mediterranean area and Middle East.

This objective must absolutely be balanced through India empowerment and alliance and trough EU- Russia cooperation, being Russian economy too weak to be integrated with China and demographic risk too high for Europe too.In Africa any effort must be done to rebalance power Europe-China-America and using young generations talents to develop the continent not to go like beggars in Europe. Also Middle East need more clear leadership beyond local religious or civil wars. And again Russia demonstrated in Syria their availability to stabilise area. After the fall of Berlin Wall, perhaps major American multinational considered Siberia in their hands, but the foreign politics implemented with no geopolitical basis, have been naive and created a major danger for American interests in Asia, under evaluating Chinese strategy. It’s time of reengineering these policies, it’s time of Geopolitic.