In the years 1987-89, I was teaching management with one of my brilliant junior consultant in Honeywell plants in Jugoslavia in the cities of Nis in the South, Skopije region, Petrovaradin , Novi Sad area, and others places in Voivodina near to Hungary. Everything was ok, the young managers-students, the environment, the exquisite hospitality and cuisine, but overall a faith in the future growth of Jugoslavian economy and in its stability after and notwithstanding Tito death. After two years a new Balkan war exploded among Slovenia, Croatia, Bosnia-Erzegovina and Serbia, remembering the atrocious wars of 1911 and 1912, and the horrible second world war in this area. Ten years of war until 2001 with involvement also of ethnic Albanian region and stopped by NATO bombing Beograd and Russian intervention in Kosovo. When speaking about Geopolitic, academic culture remain skeptic and think it’s a discipline not politically correct, because of its large popularity in ’30ties in Central Europe, but the Balkan (in Turkish language “mountain”) are one of the best areas to testify geopolitical approach.

Their periodic explosion remember Kondriatieff innovation cycle in Economy, with peace intervals no longer then 50 years between conflicts, remarkable particularly for the limited geographic area and because happened also in our times so rich of cultural exchanges and global homologation of territories and people.All that has of course geopolitical explanation and origin, due to pressures from the borders neighbours and internal ethnic-cultural tensions, which are quite continuing along history and also today, in various forms which I’ll try to summarise in this brief analysis. External pressures are very strong and stay quite the same in the last and present century. If we add the other countries of Balkans, so Romenia, Bulgaria, Greece, we can observe that all the area was part of Ottoman empire until the first World war from Roman Orient empire falling in 1400. That’s a long imprinting of civilisation, And Turkey is also today renovating  its Ottoman tradition and government model, pushing on the area especially on Bulgaria side and through islamic culture of Bosnia and Albania.

From the Balkans Turkey was pushing until Vienna 5 centuries ago, where Austrian and Polish army under an Italian big warrior Eugenio di Savoia stopped at last minute the invaders. Then was the pressure from Austria-Hungary on Slovenia, Croatia until occupation of Bosnia, site of origin of the first World war. Also today these pressures are evident in culture and economy of Slovenia and Croatia.  Jugoslavian 1991-2001 war forced many Croatian people to Germany, reinforcing links with Central Europe economic and political values. Serbia has a very peculiar positioning, being the Prussia of Jugoslavia, the monarchy roots of ‘900, the Orthodox Christian barrier against Islam of Turkey and Albania, the country with special political and cultural links with Russia, other main actor in this theater, humiliated in Jugoslavian war but now again very active, through the common religious values and trying to grow its influence. On the South part Greece developed some pressures for Makedonia problem, area always attention also from Bulgaria. UE is accelerating integration of area through infrastructure policies, pushed also by China OBOR project, connecting Athens harbour managed by Chinese to Central and North Europe, bypassing Italy.

Italy had in the past thank you to Savoia dynastic policy to balance Germany influence in the area, a penetration policy through kings of Bulgaria and Croatia, the saving of Serbian army in first World war and of course through the occupation of Albania, supported for creating a Great Albania with Kosovo and Macedonia. Some of these lines of strength should be reconsidered because the problem of Germany influence balancing remain untouched until now. Italy can’t also loose the Chinese connection , vital for its logistic system. USA after the Kosovo war established enormous military basis in a Tito ex basis, for their planes and troops, in order to have projection toward Middle East theater.

Internal tensions which contribute to general area instability are mainly fractures on religious basis, from very Catholic Slovenia and Croatia, to muslim Bosnia and Albania, to Orthodox Christian Serbia, Bulgaria, Greece and Romania. To these basic fractures recurrent war culture, tragedies, local  family vindications are structuring sentiments of hate and desires of recuperate past hypothetic glories and dreams: the Great Serbia, the Great Albania, the Great Bulgaria, and so on. A lot of potential researches and studies to a better understanding of the real and permanent geopolitical forces and favour a true peace community in these mountains fascinating and terrible. 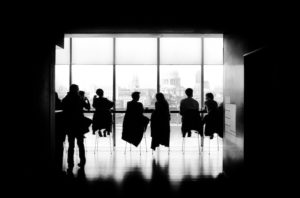