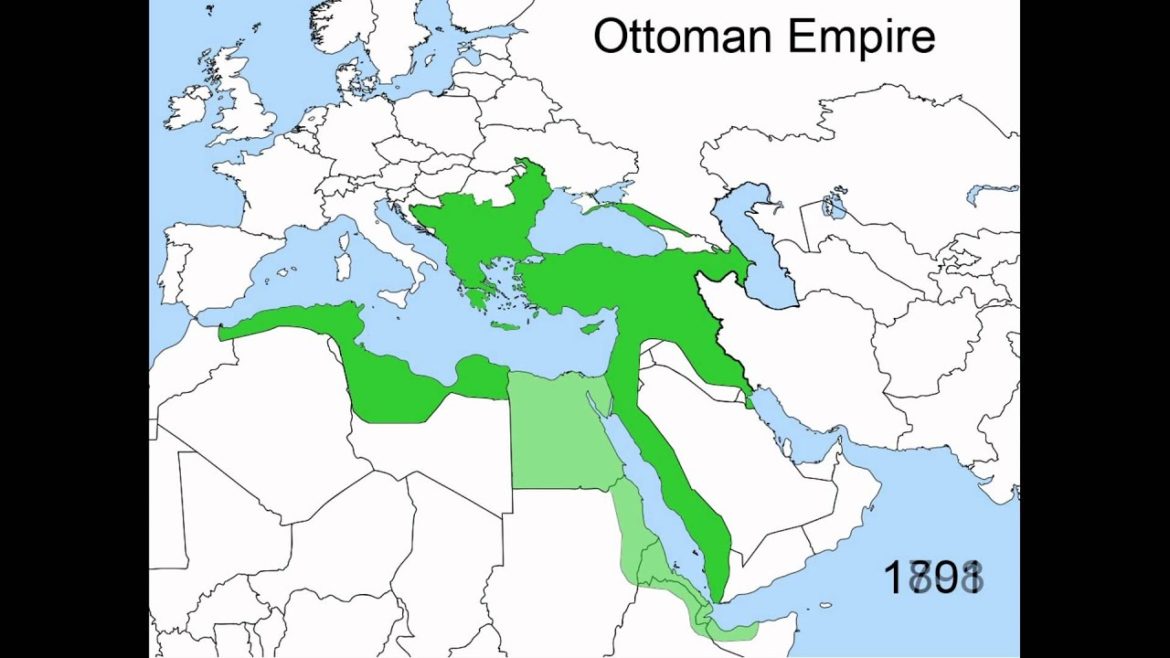 Some months ago we discussed the role of Austrian-Unghary empire and the vacuum left in Central Europe after its disappearing at the end of WW1, originating a lot of the following problems. Now, considering the present attention of international media on Turkey- Siria affair, we want to remember and discuss the role of Ottoman Empire, that one can see from its map as an octopus with head in Turkey/Greece and long legs everywhere in Middle East, Mediterranean and Central Europe. This enormous empire of 5 million square km, half of Europe, China or USA of today, had a very long duration of six centuries, more than others European kingdoms and second after Roman Empire. It was multiethnic like Austrian-Unghary, and multi religious, of course multilingual from Arab to Slavish idioma, from Farsi to German.

Long duration means a deep cultural penetration notwithstanding differences among people, and a strong heritage to all the local tradition so long influenced by this autocratic monarchy regime, becoming more open only at its end. Geopolitically speaking, it had two of the main advantages in communication and speed of control, it was on seas and on deserts, whereas generally you have only one of this strategic connective leverages, Mongol empire deserts, Roman Empire sea. Stopped very late, after three century from its birth on its march on Vienna from Eugenio di Savoia(1683) and on Mediterranean with famous Lepanto battle(1571), glory of Venice and Genoa, it was consolidating in North Africa, Balkans, Greece, Egypt and Mesopotamia.

Serbia and Italy were at the beginning of its difficulties, with the Balkan wars in 1912/13, where more than one million people died among Bulgarian, Romanian and Serbs and with the Libia war initiated by Italy in 1911. But Turkish population originated in present Turkmenistan, started its war against Constantinople around 1200, occupying the second Rome in 1453. The vacuum created by its long lasting ending process is at the origin of all the Middle East convulsions until today. Persian empire, big culture and people, survived to Roman fall was not able to substitute its dominion on the area, but preserved its independence.

The situation of the area of Middle East was not following the nation building process of Balkans and Mediterranean: Central Asia and Middle East people feel the lack of a father, of a strong guide to organise their lives. The same happened in our times at Soviet Union fall, European were very happy to return owners of themselves, but populations of Central Asia remember this fall as a catastrophe for their wealth, health, organisations, which returned back to previous tribe cultures and lack of civilisation. Western powers were trying to occupy this vacuum but they have been incapable of make these areas developed and progressive, focused as they were on crude oil so abundant in those territories.

Turkey, deeply reformed from Ataturk regime, emerged from the war as a future leader of the area, opportunity which could have been compatible to Europe if accepted by other partners. Second Army of OTAN, very disciplined people, which learned a lot from emigration in Germany contributing to German economic miracle, all these factors make of Turkey a big power in the area. Economic penetration in Caspian States, speaking similar languages, contributing a lot to real estate industry in Russia, were preparing the nation to the new role, competing again with Iran in cultural leadership. So no wonder about the role of Turkey in North Africa, its cooperation with Israel and Egypt and now the Syrian problem.

Geopolitical determinants which are geographic but also economic and cultural, condition the strategic position of a country with extraordinary forces which create ripetitive situation along history. Lack of these knowledges is particularly remarkable in politicians, journalists, managers, opinion leaders, all of them repeating boring and ignorant universalistic approaches completely in conflict with the true roots of behaviours and common vision of peoples.