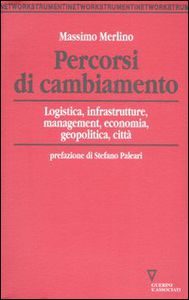 It’s time to think, it’s time to be prepositive, it’s time to reengineering Italian economy, but also its culture. instead of the continuous political chatting without any content except power, power, power, it’s time to apply seriously to an effort of reengineering Italian economy, particularly the structure of industrial economy. From one side we have the enormous losses in GDP of the last ten years, the continuous slow down of productivity and most of all dangerous aging of people and demographic decline.From the other side the big opportunities of AI and automation, the basic roots of industry 4.0, and something not sufficient focused in Italy , the disruption of nanotech and consequently of the new materials.

The present incentives for industry 4.0,which regard only a part of our industrial economy, in any case quite the 60% ,in  mechanic, metal, transport devices and textile productions areas, are quite correct but not sufficient. For simplicity of application these incentives are merely financial facilitating the de-taxing of mortgage of automated machines, robots and tools. But the main problem of Italy is in my opinion after ten years of deep crisis and other twenty of stagnation from 1990, is the Human Capital. All the educational structure are obsolete, self referring, not improving toward future, focused on old teacher’s career interest more than on new challenges for students and their future world.

We continue to say that we have good University and primary school, but is not true, let’s see the radical transformation of schools curricula in Finland, completely innovated compared to the more conservative Central Europe, to not speak about Southern Europe. And industry 4.0 will be a challenge for human resources competences, not only a question of hardware investments.so the effort to change is much much more than what has been until now perceived from politician and also entrepreneurs and managers.

We had the experience of traditional ICT, where we are positioned in the last places among world countries because of specialist people not so focused on future but technological conservative and obsolete, like the managers which should promote their applications. It’s never a question of hardware, Banks have the most rich park of hardware and no Fintech applications, no Web based reengineering.

Than we should get out from the myths and tales of food and fashion made in Italy, which by the way is not true, to look deeper to other excellences we have in pharmaceutical, biotech and chemical industries, not interested in that paradigm of industry 4.0, but impacted by the new materials revolution, where we need new type of engineering culture on nano world , not only in economics and management as we need in the seventies/eighties. If we want to take part of the leading countries in the future world we need less master chefs and fashion designers and more serious professional mathematics, physicians, engineers in high technology fields.

So reengineering Italy is not an easy political motto or flag, it’s a long and very heavy pattern resulting only from a deep analysis, industry by industry, of our strength and weakness points at system level and from a formulation of completely new policies, perhaps more cultural than financial, able to restructure industrial economy of the country in the next twenty years, not until next elections. And the most important is to invert priorities from machines to people and their competencies, generally in Italy unbalanced between humanistic generic basis and real science basis, oriented to future not to past as all the Italian culture demonstrates every day, from vaccination, to magical approach to illness, to indifference to pollution and city problems.