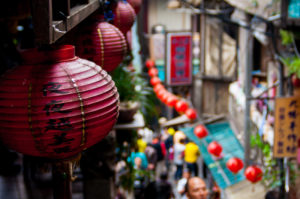 The recommendation to be GLOCAL very frequently used in the last century, has been not too often applied in management. Managerial schools insist on Global Strategic Models, generally coming out of USA culture and easily diffused in the Anglo-sphere, but with the reshuffling process of power balance in the world, also these basic paradigms must be rethink. If we observe the excellent and successful enterprises in various cultural areas, we immediately see the big differences in strategic approach and execution policies. so we should fertilise economic and managerial scheme with Huntington type of analysis to better understand LOCAL strategic models or adaptation of GLOBAL to local cultures. Managerial literature has been mainly a product of famous Anglo-sphera universities. It has been developed until eighties in parallel to the big business international success, almost totally of American or English multinational source.

In the ten years of eighties others strategic models affirm their excellence, Japanese, again in parallel to Japan inc. success, which incremented a lot the USA managers trips to that beautiful country to learn Toyotism and total quality management, American culture adapted to Japan excellent human resources. The strong response of American managerial culture will be in the nineties the Hammer Business Reengineering concept, which change the competition camp in favour of USA with 25 million works cancelled and 35 million works created mainly in services. These radical transformation eliminated Japan and Europe from the front-running competition , in parallel with Fukuyama “End of History” approach and Soviet Union disappearing.

But after 2000 we have seen a new panorama in the world economy, a more balanced equilibrium of economic and political powers between Anglo-sphere and Asia, with the continuous accelerated growth of China and India, where new enterprise champion are arising and in the case of China not only deriving from standard business models and Harvard-Stanford strategist, whereas many Indian professors grew their competences in USA and UK. In Chinese economy we find some new receipt inspired by global models integrated with familism and confucianism, included in a social political protected system of far communist roots. Also Japan was a community-capitalist economy, very centralised and big banks based, but his success had a short duration and only local influence due to not imitable qualities of Japanese people. China is collectively socialist but from the entrepreneurship point of you high-individualistic, and “amoral familistic”, as Italy was defined by Parson in the fifties.

So Asia continue to develop on traditional local culture with a mix of authoritarianism and global competition models, not only China but also the South East, Singapore which is another main global actor also in finance, whereas Japan follows a slowly declining cultural pattern, similar to old Europe, which never made a net choice between Anglo liberalism and continental (French-German) protectionism. Nowadays, with new waves of criticism, also in Anglo- sphere, on the results of thirty years of globalisation, the local cultural factors, the specifications of local civilisations must be considered deeply before applying global strategic models, particularly when studying new opportunities for less developed countries in South America, Middle East and Africa. With more careful study and application we will understand that we have a larger box of tools for intervening without too much trust in academic standard modelling, but with more attention to civilisation differences, through cultural identities, on which we must leverage to obtain real and better results and overall education of new classes of young managers with deep local skills.