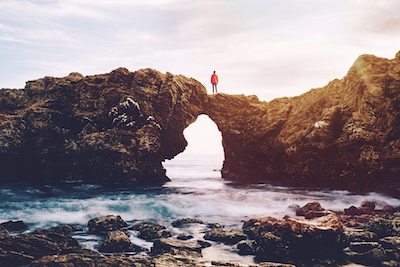 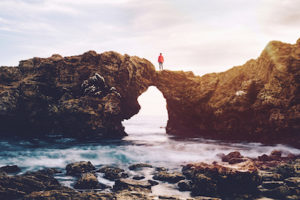 Industry 4.0 is before all a re-definition of industrial automation along three strategic policies:

The same name in Italy has been given to the fiscal incentives package based on accelerated rate of mortgage of automation hardware components. Everything ok, it is typical of our SME to buy new machines, this is the only innovative approach that small entrepreneurs understand. They traditionally visit international exhibitions and buy machines, especially if the investments is fiscally supported, like in the famous law Sabatini of 1965, which provoked the first wave of modernisation of Italian SME with a lot of purchasing of new machines. That’s why someone calls Industry 4.0 “the new Sabatini”.

All this is better than nothing and our fiscal policy immediately followed similar German initiatives, with a sufficient sensibility to the big change in front of manufacturing industry, where Italy tries to keep on its strong position of the past, notwithstanding international financial crisis. But the main problem is now on the human resources side. In 1965, by the way the year of my University CV completing, our professional schools where second only to German ones, being our diplomats prepared to use the new tools machines from the schools and their laboratories. Human interfaces were minimals and  controls desk mainly mechanical, an area of traditional artisan ability of our manpower.

Now the situation is totally different: a diffused  refusal of manual work pushed entire young generations to Universities, where the teaching is very theoretical and far from manufacturing environment, supposing that all will become “managers”. Professional schools are sometimes of good quality, but abandoned by young people and their middle class parents. But more than that, the passage from mechanical to mechatronics machines has not fully been absorbed by an “electronic loser”Italian culture, totally paralysed in transforming business world from manually working artisan way, to invisible technologies, ICT, bio and nanotechnology, web utilisation and so on. So the only possibilities of grabbing the 4.0 revolution are in the hands of specialised international consulting firms and of hardware suppliers, and those actors will be very expensive for the Italian manufacturing system, conditioning its competing capability.

From the robotics and other hardware components side Italian industry remains strong, around the fourth in the world, so the new perspective can be very fruitful also for international market development. From the new software and business intelligence side, we are totally depending from multinational big companies and the school contribution for new talents at every level is very unsatisfactory. Both are lacking, students and teachers! A complete redesign of school educational priorities and plans should be done for transforming Italian culture toward the big change easily forecastable in the next years. From the primary school on, new priority to technical and scientific competencies should be established, teaching of dead language must be substituted to modern complex languages like Russian or Chinese, with the same logical effect, if not better. Italian language, so emphasised in primary and secondary schools programs it’s a barrier to globalised world, being no more than a dialect spoken by few million people on 8 billion total. More attention to logical analysis and analytical tools should be designed in the secondary school, orienting better the University choice, if any, to the employability needs of today not of yesterday. No discrimination of dignity but more efforts and investments should be dedicated to a new wave of professional schools, structuring programs on industry 4.0, not on tool machines of previous generation. Frankly at the moment I don’t see the teachers and the innovative spirit to pursue these deep and necessaries changes.

Most important are the basic values to be transmitted in order to educate people to continuous changes and to continuous learning along the life, to give them the capability of reinventing themselves after any of the many financial or business crisis they will live during their life. And in the new automated production of the future, the capability of growing personal attitudes and passions to keep on with creativity and flexible adaptation to the society and family changes. To survive, they will need a lot of resilience in character, a basic orientation to entrepreneurship, and a cultural openess and capability of integration with different cultures in a more small world.