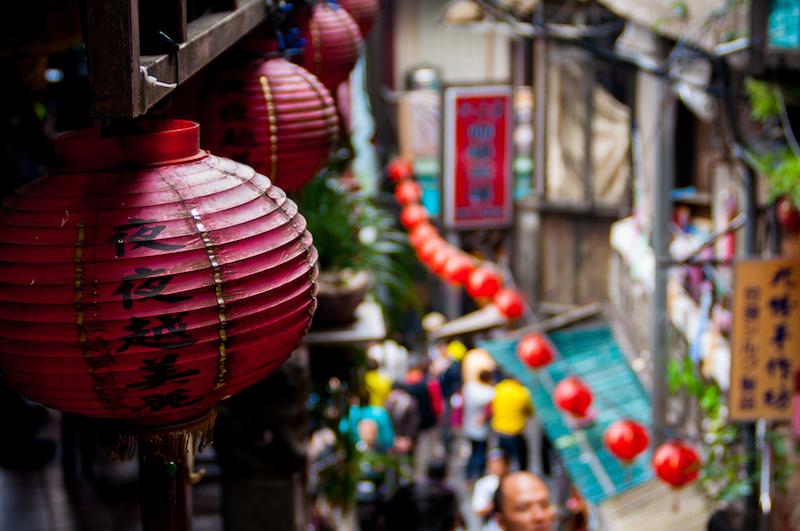 USA got the stomach for its leadership roots: from chocolate distributed by soldiers on tanks during freedom war, to Coca Cola, from Mc Donald to cheese cake, but also American pizzas. Soviet Union couldn’t offer consumer products to remember and lost the cold war. China products are cheap and low quality, good for internal market, its cuisine is an international attraction, but its leadership is planned for a long term empire, so it is based on neural infrastructures, the most advanced in AI and blood circulation, i.e. mobility of goods, with One Belt One Road initiative. These trend are very evident, supported with an enormous amount of investments in these two crucial areas, to which USA are now reacting through protectionism, but it’s too late in my opinion. Large Chinese economic presence in Africa and South America surround Western World, Russia has been pushed from Obama policies in the Chinese arms, now is Europe time to decide in which part of the new planet geopolitical asset reengineering it want to position itself.

In the meantime everything is going along the 25 years plan, railways and roads cross Asia to Central Europe: I was suggesting vice-versa in 1989, hoping in Italian/European infrastructural initiatives. According the classic empires school, Persian and Roman, China was the third one of those times, infrastructures come before the leadership position in the world, a fact completely ignored by financial distorted EU. And China is occupying the major ports in Europe, South America and Africa, as UK has done in the first globalisation of 1880 (UK driven), with every narrow passage along sea routes from Gibraltar to Gibuti to Malaysia and Singapore. A big channel to avoid Singapore has been designed through Thailandia, so the doubling of Panama and the Nicaragua project, everything has been prepared to assure circulation of container giga ships, 90% of goods mobility, and similarly the land network of transport infrastructure becomes euro- asiatically integrated and high speed empowered.

This is already history and a big success in so short period of time. Some mistake has been done also by China in choosing Athens as Mediterranean door to the Central Europe. A my study of 2002 Polis (Posizionamento Logistico Italia Settentrionale) prepared for Globus et Locus association, was clearly demonstrating that only North of Italy has the ports and the internal economic potential to reach the rich Central-North European markets, being the Greece and Balkan areas the less functional for logistic investments in south-north infrastructures. So the last news about Chinese interest in Venice and Trieste ports are coherent with a rationale approach to south access to Europe, a pity that no one government in Italy did nothing for twenty years in this so important business for our future.

More important and determinant for the future leadership and control is the brain approach: the largest investments in the world on the new AI wave through 5G network and ubiquitous interconnections. This is a neural infrastructure having impact on our lives, consumptions, behaviour and military systems. The digital transformation of production system and economic and social life can be largely accelerated and driven by Chinese technology and Chinese multinational organisations. This is not affirming a culture through sport shoes, hamburgers and Coke, this is a deep and radical change of the basic nerves and circulation structures of the society. The leadership will then result as a natural substitution of referring points in our day by day lives. Of course centrally driven, as the recent Dolce & Gabbana ignorant gaffe has demonstrated: the Chinese market has been closed through a click, without any exception.

So the third globalisation China driven is ready to be understood from the common citizen after ten years of silent preparation and penetration. I don’t think that Trump protectionist policies will be sufficient to keep on the second globalisation USA driven, but I think we will regret the USA domination, so critiqued in Italy and Europe, considering the hard Chinese approach to government of their country and satellites. The only hope to avoid conflicts to become wars is not the USA culture, certainly not the European inertia and decline, but the Chinese cultural evolution itself. In their long history Chinese have done terrible things, generally not invading other countries, but internally, developing also a very savvy Confucian approach. We must hope that the Chinese elites can control better the basic roots of their new world empire, being the more open and savvy as possible to assure the best for our planet. The recent focus on environment, terribly destroyed in that country, leaves some hope for the future. Of course all other middle sized countries should try to cooperate and mitigate the possible difficult aspects of Chinese leadership.